Mechanically Innovative Games for All Ages

Mechanically Innovative Games for All Ages

Mechanically Innovative
Games for All Ages

By inventing fresh concepts and innovative mechanics, Sunslap Studios makes games everyone wants to play regardless of age. We like to challenge our players with games that force them to think outside the box so every play experience is exciting and unique. 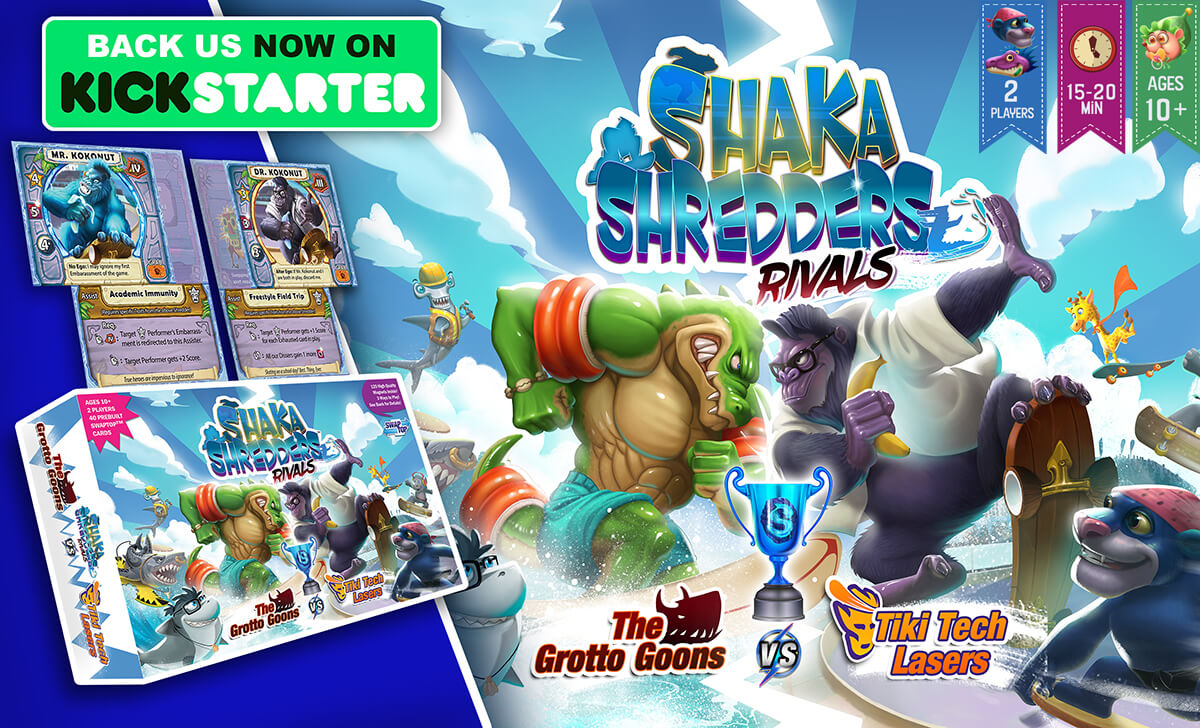 Assemble a team of 20 Shredders and crush the competition by winning over the crowd. Shaka Shredders introduces patented Swaptop™ cards that encourage physical character customization by way of magnetized card components. Each Swaptop™ card consists of a back (a Slate™ card), a top (Slab™ card), and a bottom (Slice™ card). Craft creative combos with cards capable of over 1,000 combinations.

Three types of cards round out each team: sick Tricks to score “CHEER” points, dazzling Assists to help out the team, and devious Disses to knock opponents down a peg. Swap characters and abilities whenever desired to enhance Trick series and keep competitors on their toes. Win the crowd’s favor by scoring 20 CHEER points before your opponent and let the bragging rights pile up.

At launch, two decks make their debut: the geeky skateboarding Tiki Tech Lasers and the school-skipping surfers known as The Grotto Goons. Led by a genius gorilla named Dr. Kokonut and a bodybuilding crocodile called Shredzilla respectively, these bitter rivals duke it out every day to determine the ultimate champion. Despite this rivalry, players can mix and match cards from both decks to form their perfect dream team.