Shaka Shredders is the world’s first Swaptop card game, but it’s soon to be joined by many more. Our Game Development Team at Sunslap Studios is currently developing three new Swaptop card games, but it doesn’t stop there. We are looking forward to licensing our patented technology to anyone and everyone who wants to make a Swaptop game of their own! What kind of Swaptop card game would you make? 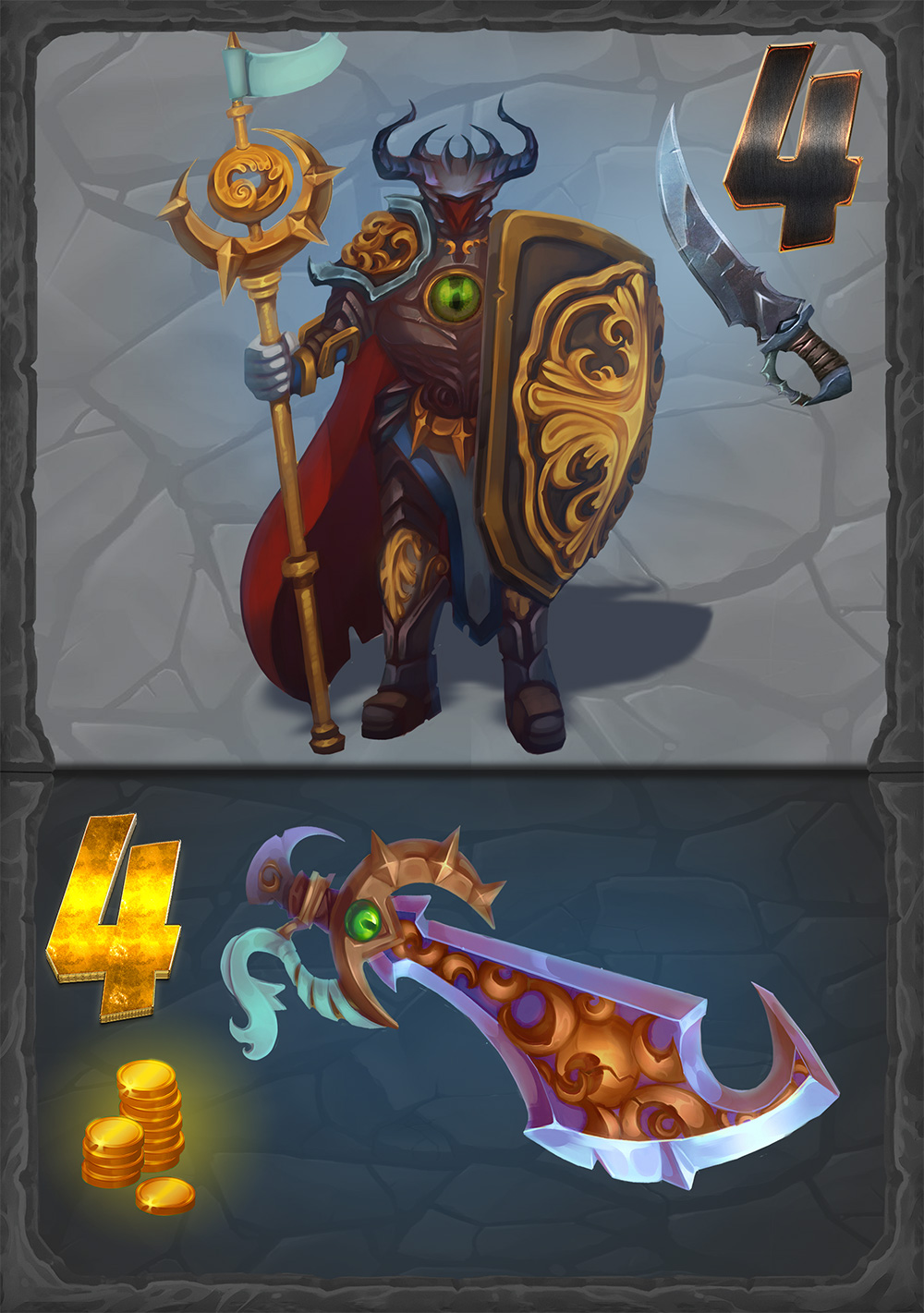 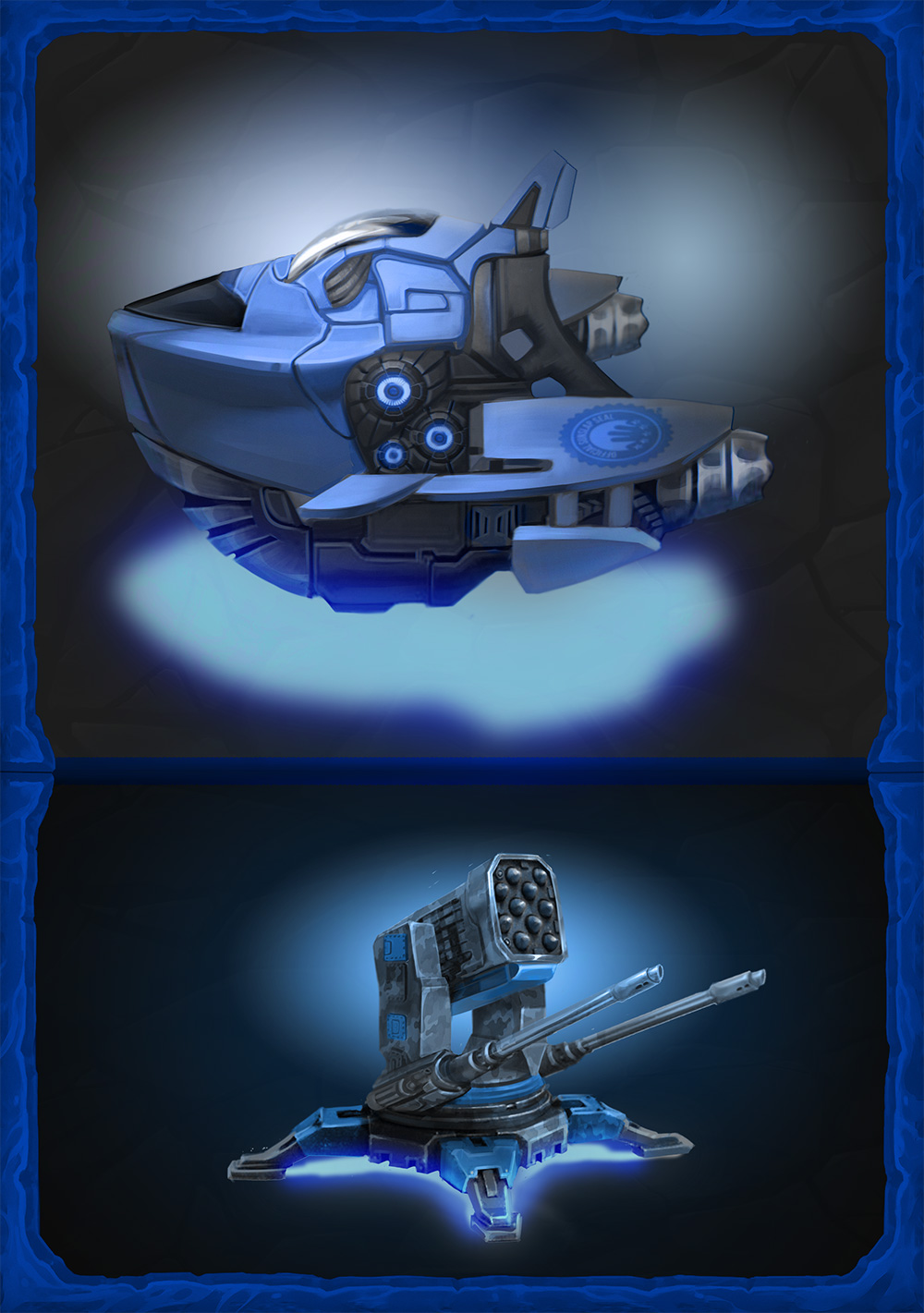 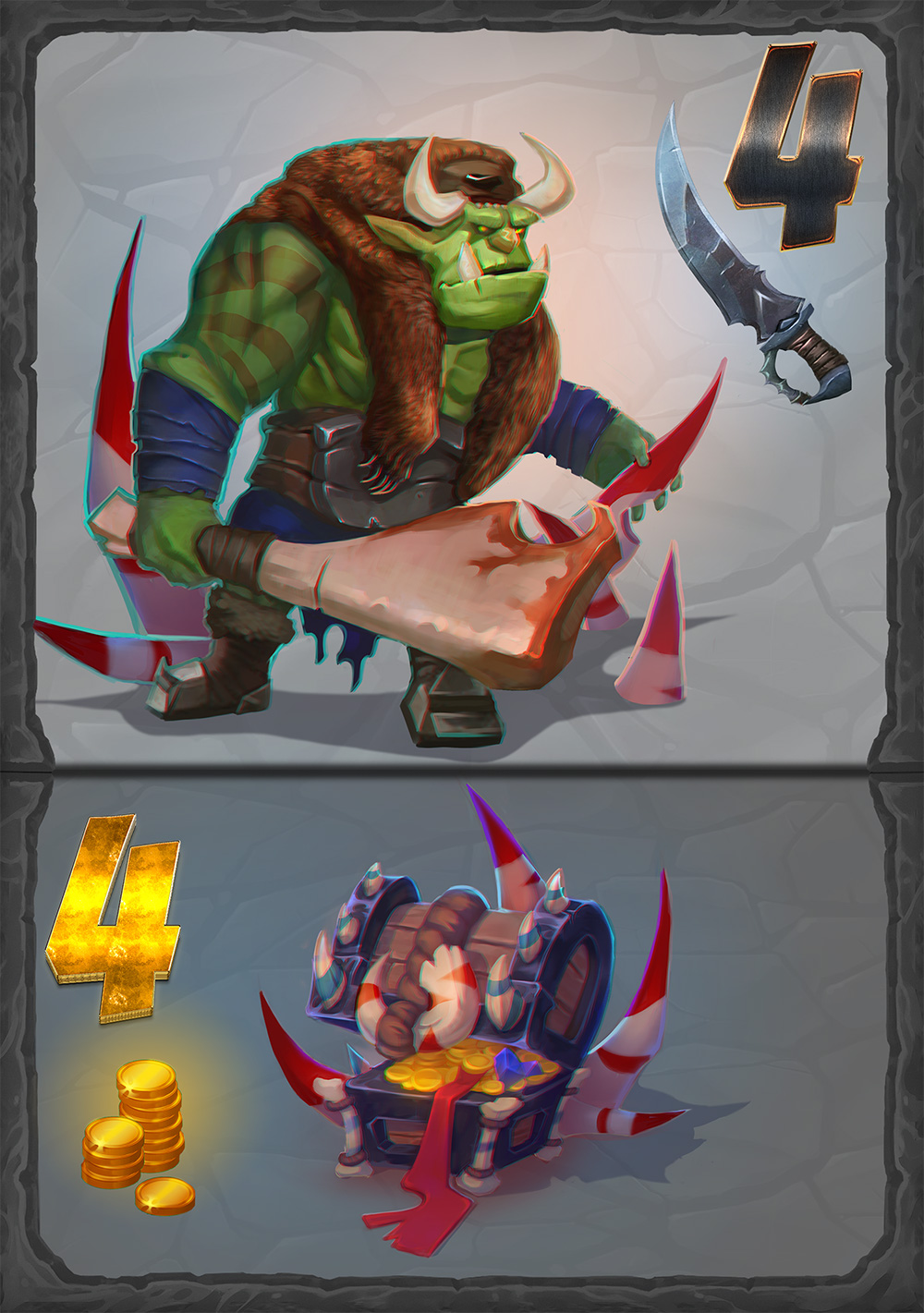 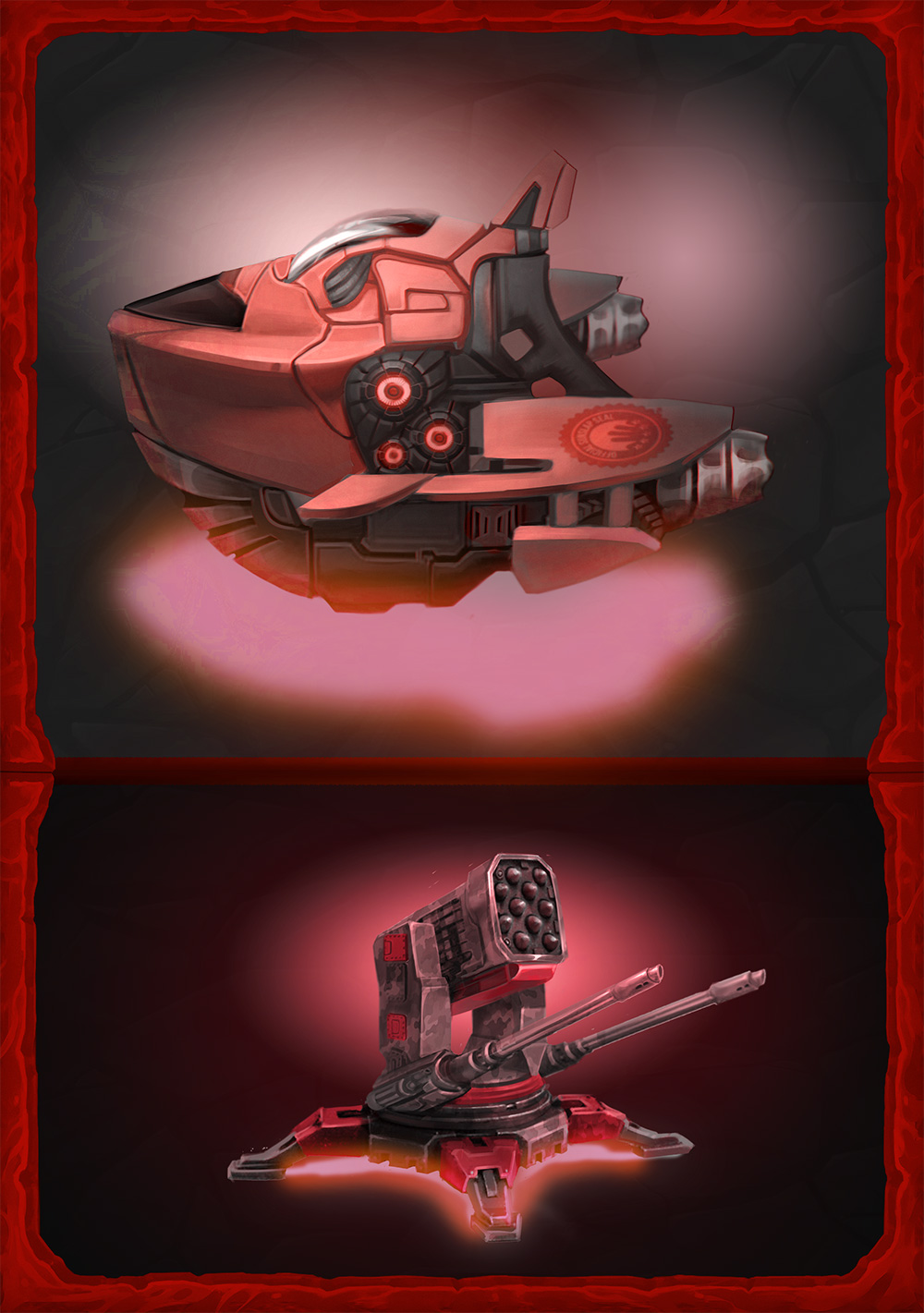 We named them Swaptop cards, and they’re like no card you’ve ever played with before. Each Swaptop card is made up of 3 separate magnetic cards:

These 3 portions together form a complete Swaptop card that’s water-resistant, crease-resistant, and magnetic.

I grew up playing all sorts of games with my dad – games like baseball, basketball, soccer and tennis, but I had the most fun when we would come home and play video games and card games together. He told me to always follow my passion, and to never regret doing so. So I did just that, and here we are on Kickstarter. I remember a specific moment, holding my 2 favorite cards from a popular card game. One card had the coolest monster I ever saw, but with a rather pointless card ability. The other card’s creature wasn’t nearly as cool to me, but it had a sweet, powerful attack that I felt was unstoppable. I longingly imagined the ferociously awesome hybrid card that could have existed. Why oh why did the developers of that game bestow my beloved monster with such a weak, ineffective attack? Many years later, while I was minding my own business, a crazy idea came to me: 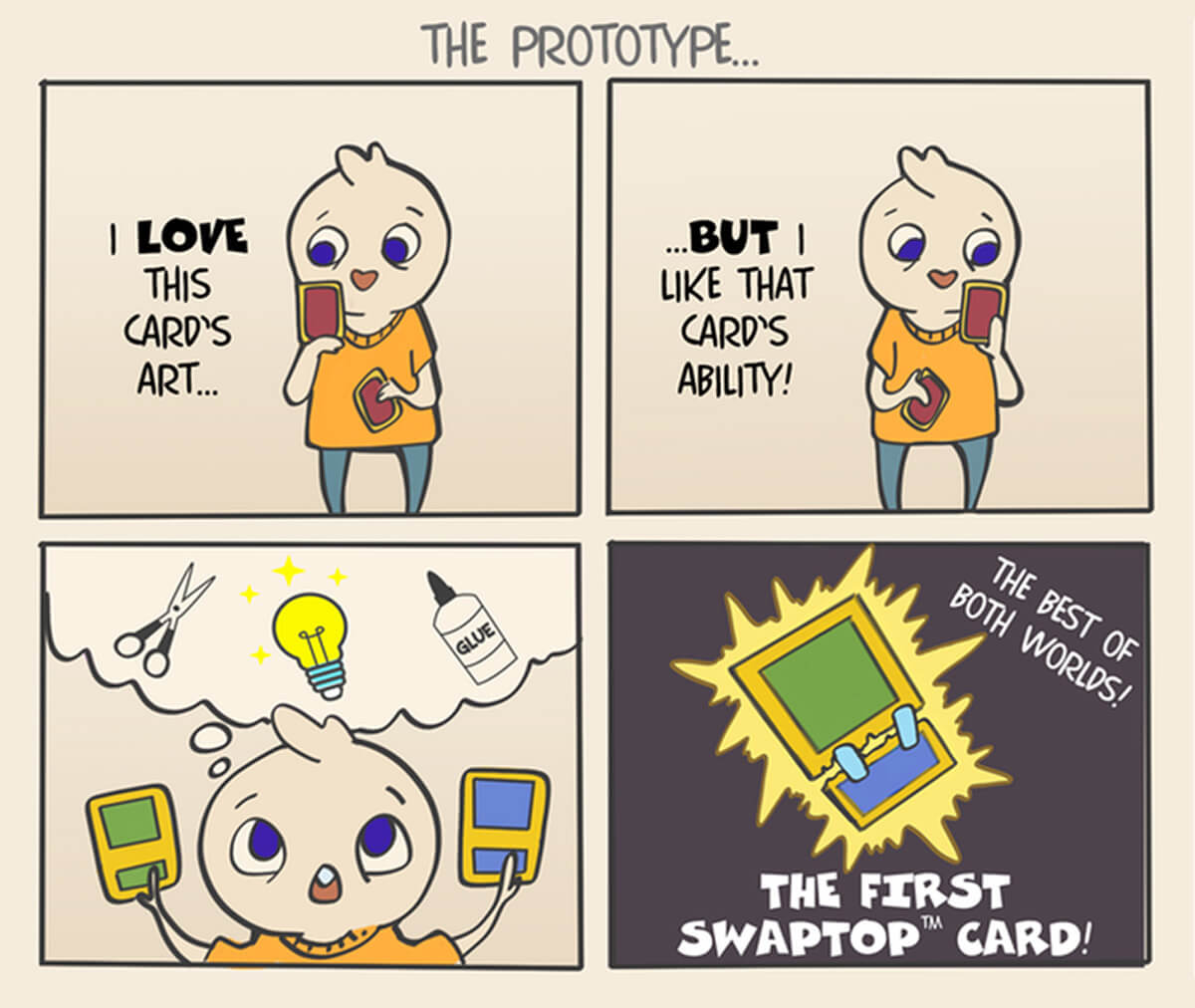 Nobody believed we could make a real-life, “modular” card game where players could physically alter and customize their own cards in a practical and repeatable way. They said it could only work as a digital card game, unrestrained by the laws of physics. But I vowed to defy those laws… WITH MAGNETS! 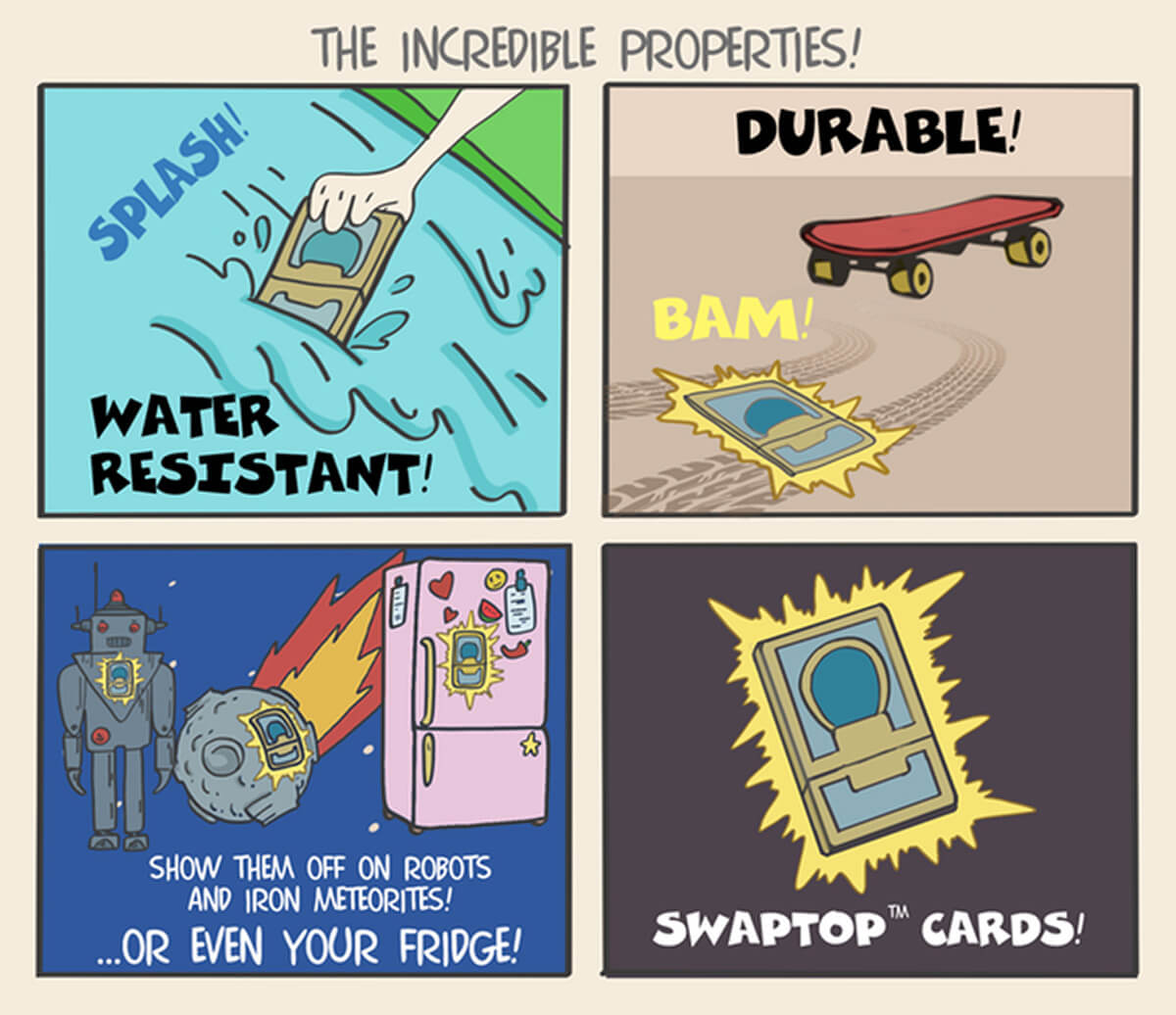 The results were magnetic, 3-piece cards that could be rebuilt over and over again. They were durable, so you could play without fear of your cards wearing down. They were water-resistant, so you could easily rinse away debris and confidently play anywhere. They were… 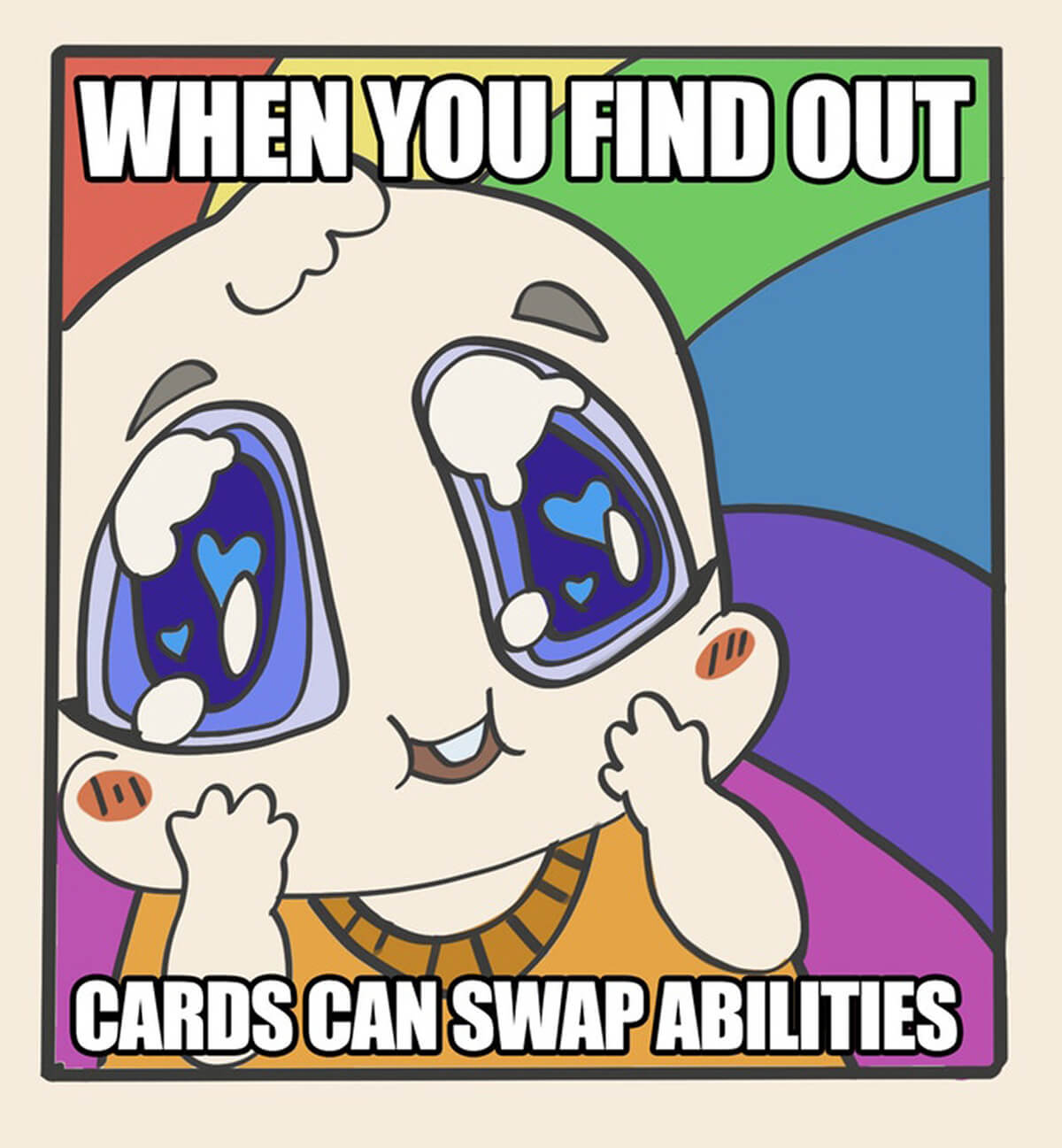 That same year, I came up with an idea for a card game that uses this technology about an island of gnarly extreme sports fanatics who love to put on the greatest show never before seen…